We borrowed a ‘mummy’ from Hertford Museum and used it to learn the process of mummification! We had to use a hook to whisk out the brain from the mummy’s nose and then had to stick our hands into a cut in her side to try to remove the other organs. We found intestines, a liver, lungs and a stomach. We put them into pretend Canopic jars and wrapped the mummy in linens to prepare her for burial in her tomb. We had a lot of fun but we found the whole idea a bit disgusting!

We completed a ‘Speed Mummy’ challenge where we had to wrap one of our classmates with as much toilet roll as we could in only three minutes! As you can see we had a lot of fun but some of the wrapping techniques are a little questionable!

As part of outdoor learning week and linking to our Science, Year four were investigating where wood lice like to live.  They had to form their own question, collect data and record it in a table, then form a conclusion based on what they found! We discovered that wood lice do not like puddles or play grounds but they really like living under our story time logs! 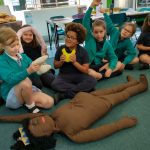 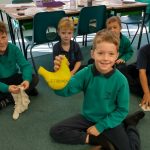 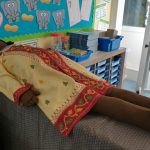 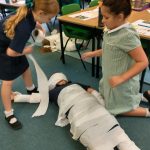 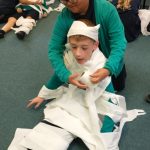 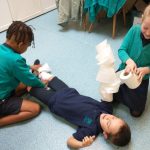 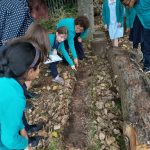 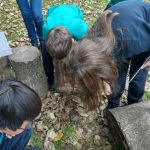