Poetry Week – Year 6 spent an enjoyable fortnight studying two poems based on imagery: ‘The Tyger’ by William Blake and ‘The Magic Box’ by Kit Wright. The children were thoroughly engaged as we discussed and analysed the imagery created in each of the poems. They were able to use their preferred poem to write their own. To add to their engagement in poetry, the class split into groups to perform their favourite poem in front of the rest of the school – this was done with impressive enthusiasm and expression.

Science – It has been a fun half term of science, where the children have gained a wealth of knowledge about our topic, ‘Light’. They have focussed on experiments to show how light travels; how shadows are affected when variables are changed and the refraction of light. We even constructed our own working periscopes and advertised them as the next must-have spy device!

History  – We have been enjoying learning about the Ancient Greeks – the children have learned so much including the similarities and differences between living in Sparta and Athens; how the city states were governed and the events of the Battle of Marathon. The children have been able to apply their knowledge to a variety of writing forms, including recounts as a hoplite (soldier) and balanced arguments for which is the better city state to live in.

Geography – The children have learned the layers of the earth, how volcanoes are formed and even advised a housing company on the advantages and disadvantages of building near a volcano. Their homework reflected their enthusiasm for learning about volcanoes, and some created models that they ‘erupted’ at home.

PSHE – The children have identified their goals and worries for the year ahead. They have shown fantastic values, such as respect, patience and honesty when discussing their rights, responsibilities, rewards and consequences with members of their groups. 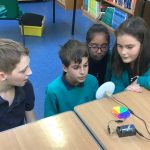 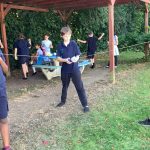 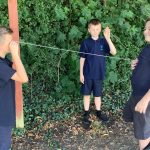 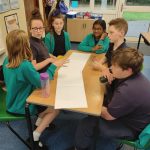 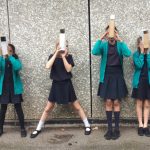 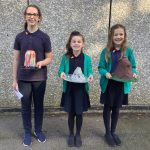