Well done for another very productive half term! There is so much to celebrate and so many certificates have been awarded for different achievements.

In Art we have focused on works by the artist Vincent Van Gogh, mainly his paintings of chairs and his famous Bedroom at Arles. We combined this focus with work on one-point perspective and the children drew a one-point perspective representation of their ideal bedroom. They then went on to create a personalised pop up version of Van Gogh’s Chair and the results were extremely effective!

The Science topic on Changing Materials has led to some interesting exploration of insulation, melting and chemical reactions. We compared the melting times of 3 different types of chocolate – plain, white and milk and found out that on average, plain chocolate melted the quickest. The children also tested a range of materials to test their ability to insulate using heat sensors to measure the heat loss. Foil was the best insulator. Probably the most exciting of our investigations involved mixing vinegar and bicarbonate of soda in a bottle to create a gas (carbon dioxide). The excitement came when the gas actually inflated a balloon stretched over the top of the bottle. It was great fun!

Our English work had a Medieval theme which included knights, princesses, dragons and the sword Excalibur. The children have produced some excellent pieces of writing, some of which used drama as a stimulus. They described their own story scene where many knights tried to remove a sword from a stone only to be upstaged by a princess who was the only successful competitor! The children also wrote a letter of application to become a knight, a newspaper report of the scene at Lake Avalon between the Lady of the Lake and they used movement and voices to join in with the recital of a poem called ‘The Dragon Who Ate Our School ‘ – it was amazing!

In PSHE the children have been finding out about how to support Sustainability in our world and have enjoyed creating a board game to encourage people to become greener citizens. A homework task required the children to upcycle an unwanted item into something useful and the outcomes were very creative! We had lots of pencil pots, some bird feeders, vases, a rope place mat and many other useful items. Well done!

Finally, the children had great fun completing a range of STEM (Science, Technology, Engineering and Maths) challenges. They worked in groups on a range of tasks which included building the tallest marble run, the tallest freestanding tower out of straws, the tallest tower made from triangular card bricks  and making a boat from foil which held the greatest number of cubes. It was frustrating but fun at the same time! 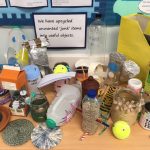 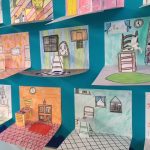 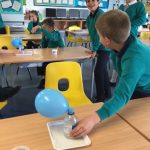 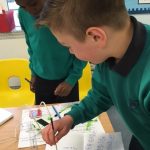 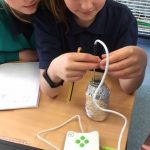 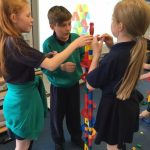 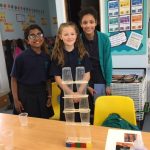 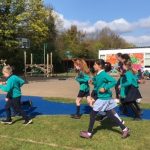