DT – the children really enjoyed their DT exploring savoury crackers. This included a taste test of shop bought crackers, a class survey to inform our decisions on what type of cracker to make, baking our own versions culminating in a class competition (won by Zach ‘The Star Baker’). We finished the topic by looking at packaging and creating our own crackers.

Fun Run at Ridgeway – the children took part in a fun run at Ridgeway Academy. It was great fun and 5 children (Katie, Tyrone, Aaron, Finley, Zach) went through to the final stage at Stanborough Lakes to represent The Ridgeway consortium of schools. The results were excellent, our family of schools achieved second place! We were very proud of our runners.

Outdoor Learning – during Outdoor Learning Week, Year 5 learned how to measure the height of a tree using the ‘through the legs’ technique. They also learned how to whittle with a knife to create Vikings spears with fantastic outcomes and no injuries. During our trip to Cuffley Camp, the children had a fantastic time and took part in a selection of outdoor activities such as Buggy Building, wall climbing and pioneering. Great fun was had by all.

Poetry Week – the class had a great 2 weeks familiarising themselves with a variety of performance poems which culminated in the whole school poetry assembly. Year 5 children performed Christine Crump is Eating Crisps by Colin West and it went down a storm. The children used this and many other poems as a basis to cleverly write their own versions, which they also performed to each other.

Also during poetry week, the children worked in groups and prepared a verse from the poem ‘Gran Can You Rap’ that they performed to the rest of the class. Some groups even decided to include percussion instruments to keep the rhythm. They were great fun to watch!

Viking Models – as part of the children’s history homework, they created beautiful models of either a Viking Longboat or a Viking Longhouse. They worked so hard on them and were super proud to display them around the school.

Science – in the Science unit about Health and Fitness there was a focus on the Circulatory System and the function of the heart. The children were shown how to locate their pulse and measure it (this was not easy!) and also had the opportunity to measure their pulse with a pulse meter. They took part in role play involving balloons(!) to represent the delivery of oxygen around the body and the removal of carbon dioxide. 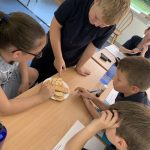 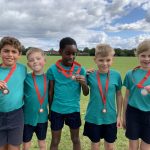 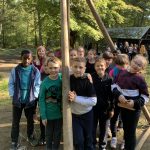 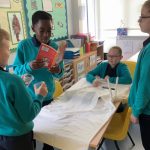 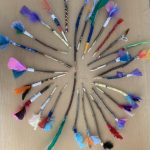 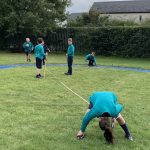 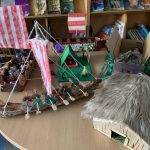 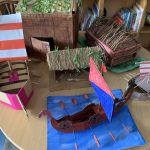