This half term, we have found out about the Romans in our area, visiting Welwyn Roman Baths and Mill Green Museum.  We impressed the staff with our historical knowledge, and many of us enjoyed dressing up!  We also had a tour of the mill, made pots and played Roman games or did weaving.

In Science, we continued with our ‘Bodies’ topic, finding out more about bones and muscles.  We made some ‘model arms’ to show how muscles work in pairs and designed our own investigations, including the questions ‘Do boys have longer index fingers than girls?’ (this was sometimes the case) and ‘Are you a square?’ (no-one was).

We took part in another maths week, solving problems and puzzles and trying to find winning solutions for games!  Some of our activities had a Roman theme and the favourite of the week appeared to be the game ‘Nine Men’s Morris.’  It got quite competitive!

Part of our English work this half term was the ‘Jungle Book.’  We watched a theatre production, read the book, made wooden spoon puppets and used drama to explore characters.

In the last week, we completed our ‘Sandwiches’ project in design and technology.  We tasted some breads, fillings and salad before designing our sandwiches.  Lots of children wanted to try rocket – well done, it does have a very strong taste!  We enjoyed a lunchtime picnic with our sandwiches (unfortunately it was a bit chilly to go outside!).  We did get outside later though for a maths relay with fractions.  It started to snow but we just carried on! 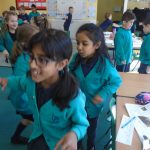 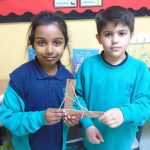 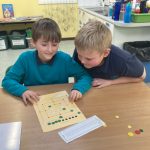 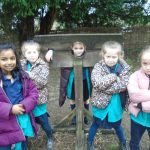 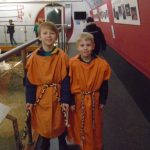