In science this term, we have completed our topic on animals (including humans).  We used clay to make animals and painted them using the correct language to verbally label the features.  We have moved onto looking at the changes that occur as we move into the Spring season e.g. changes in the clothes we wear and the changes to plants.

In Geography, we have continued to investigate the local area comparing town and country environments.  We looked at some of the main places to visit in London and planned a day trip.

In maths, we have continued using our measuring skills for length and weight.  We weighed the ingredients carefully and made cakes.  We have also used comparative language to order a range of items around the classroom – longer than, shorter than, heavier than, lighter than and the same as.

In English we have read the story of ‘Mr Gumpy’s outing’.  We created story maps, planned our own outing and wrote a story.  We also used our drama skills to act out the story and wrote a sorry letter. 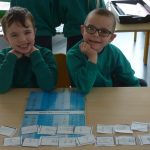 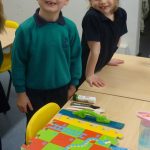 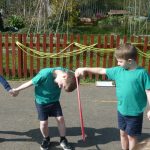 Working together in PE 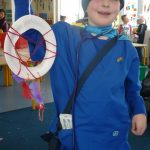