The children really enjoyed their DT unit exploring savoury crackers. This included a taste test of shop bought crackers, a class survey to inform our decisions on what type of cracker to make, baking our own versions culminating in a class competition (won by William, The Star Baker!). We finished the topic by looking at packaging and creating our own.

The class had a great week familiarising themselves with a variety of performance poems which reached its peak in the whole school poetry assembly. Year 5 children performed School Kids Rap. It was fab!

The children used other poems as a basis to cleverly write their own versions, which they also performed to each other and we have put up on display in the classroom. Also during poetry week, the children worked in groups and prepared a verse from either ‘Gran Can You Rap?’ or ‘Megastar Rap’ poems that they performed to the rest of the class. Some groups even decided to include body percussion to keep the rhythm. They were great fun to watch.

We had a great time exploring Welwyn Garden City  library and finding out all about their services. Did you know that it holds 47, 000 books! The children listened to some poetry, took part in a quiz and had a chance to look at old artefacts and photos of Welwyn Garden City.

As part of their history homework, the children created stunning models of either a Viking Longboat or a Viking Longhouse. They worked so hard and the detail was amazing. We were super proud to display them around the school and also share them in assembly.

In Science there has been a focus on how our bodies work – specifically the circulatory system. The children attempted to draw the journey of blood around the body helped by the heart and lungs. It was not easy!! 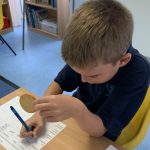 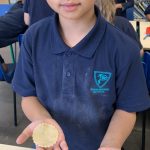 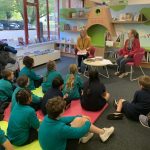 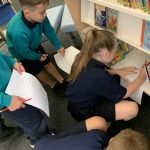 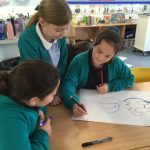 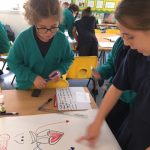 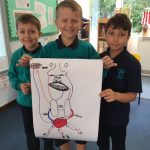 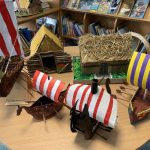